For the second progress review meeting of the BABET-REAL5 project, the consortium members came together at the CIEMAT premises in Madrid. Besides of being very well hosted by the Spanish CIEMAT members Paloma Manzanares Secades, Mercedes Ballesteros and colleagues, the Spanish weather could be considered as having been the most spectacular part of the meeting: at the end of March, in Spanish spring, the consortium members could make the experience of snowfall in Madrid.

The most important issue of the stay in Madrid, the project BABET-REAL5, is well on track and important steps to accomplish the project objectives could be made.

In the morning of the first day the project team was welcomed by Mercedes Ballesteros, who is Head of Biofuels Unit at CIEMAT and who is, together with Paloma Manzanares Secades, leading the Spanish project activities. Further they were welcomed as well by the project coordinator. 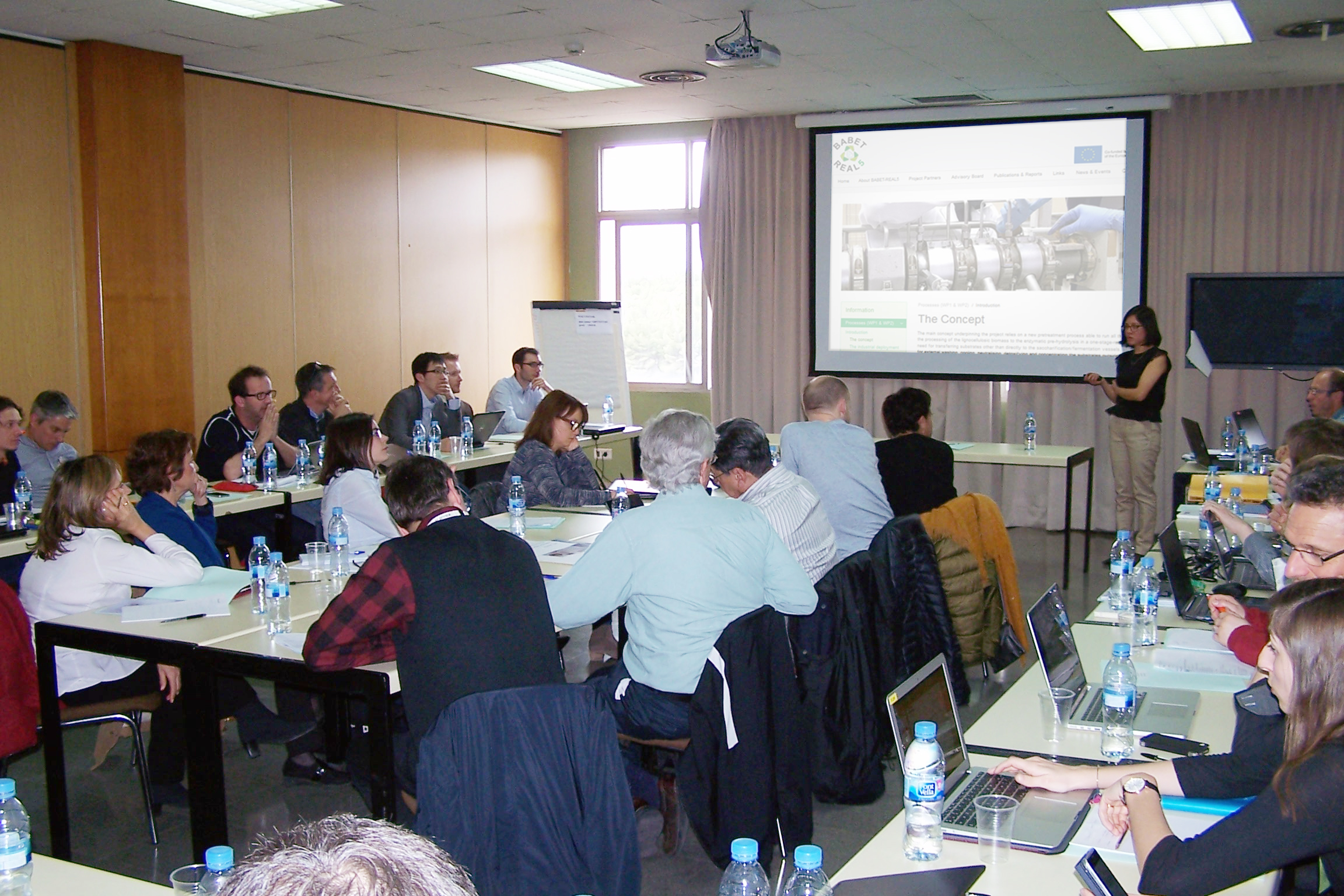 First, BABET-REAL5 project coordinator Julio Valles gave an update about the organisational parts of the project and reminded the project partners of the first reporting period, which needs to be addressed within the next months. Then all work package leaders and co-leaders presented their progresses in their fields.

This time the presentations started with WP4 which is developing a sustainable selection of agricultural residues for the production of lignocellulosic ethanol. First results regarding feedstock amounts and logistical challenges could be presented for the focus areas in Latin America, Argentina and Uruguay, as well as for Europe for France and Germany.

The WP1, 2 and 3 are closely connected to each other. The pretreatment process, the energetic use of the by-products and the evaluation of the techno-economic and environmental performances of the investigated process are well progressing towards the objectives of the period which were to start optimizing the pretreatment operating conditions for the biomass, investigating the by-products and finally assessing the whole form the industrial perspective.

In the morning of the second day of the progress meeting the WP presentations were completed by the second part of WP3, which is the life cycle assessment (LCA). The LCA follows a zero-waste approach and supports the decision making. It shall be used as permanent improvement tool.

Afterwards the different WP groups discussed the next steps for the coming period and presented the results in the afternoon. Based on this, Julio Valles developed the roadmap for the next 6 months with the partners involved in the different work packages.

At the end of day 2 the decision was made to hold the next project meeting in Lisbon, Portugal. LNEG will host the BABET-REAL5 consortium there from 21-22 September 2017.

The third day the meeting in Madrid was dedicated to the meeting with the User & Stakeholder Advisory Board (USAB). The consortium partners used their professional contacts to invite interested representatives from research, policy and industry in order to get experts’ input for the project.

This meeting was held in the great auditorium of CIEMAT. At the beginning, in a round of introduction, the consortium members and the USAB members presented their respective organisation and interest in the BABET-RAEL5 project. Then, Julio Valles gave a speech in which he presented as well the predecessor project of BABET-REAL5, Babethanol. He explained the project approach in detail and also shared the intended goals with the USAB.

After the presentations a lively discussion started which covered almost all aspects of BABET-REAL5. The experts could give their input to the consortium and could also profit from the expert knowledge, already gathered within the consortium. Altogether this meeting can be seen as a successful start of the USAB integration into the project. 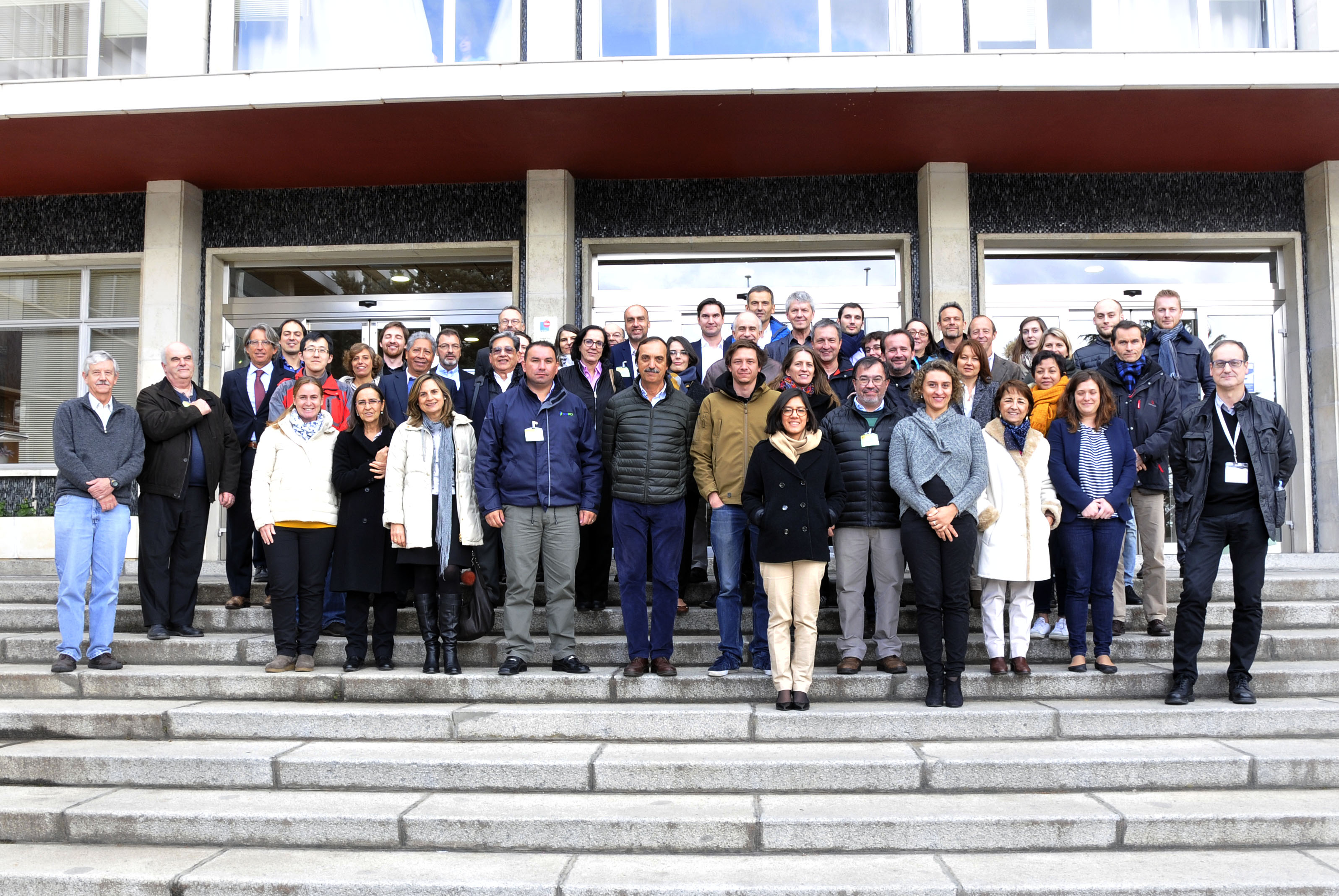