From 29 to 31 January 2020, the BABET-REAL5 consortium met for the last time in the South-West of France to discuss the final results achieved during the project, and the conclusions and perspectives for the business cases evaluated in five different countries: Argentina, Mexico, Uruguay, France and Germany. The results were discussed also with invited international experts from the project’s USAB, the advisory board. On 31 January, the project meeting culminated with the last workshop, in which the French business case was presented to and discussed with local and national stakeholders from the agriculture and biofuel sectors.
The first day, 29 January, started with introductory words by BABET-REAL5 project coordinator Julio Valles, who informed about the programme for the coming days and gave then floor to the final presentations of the work packages. 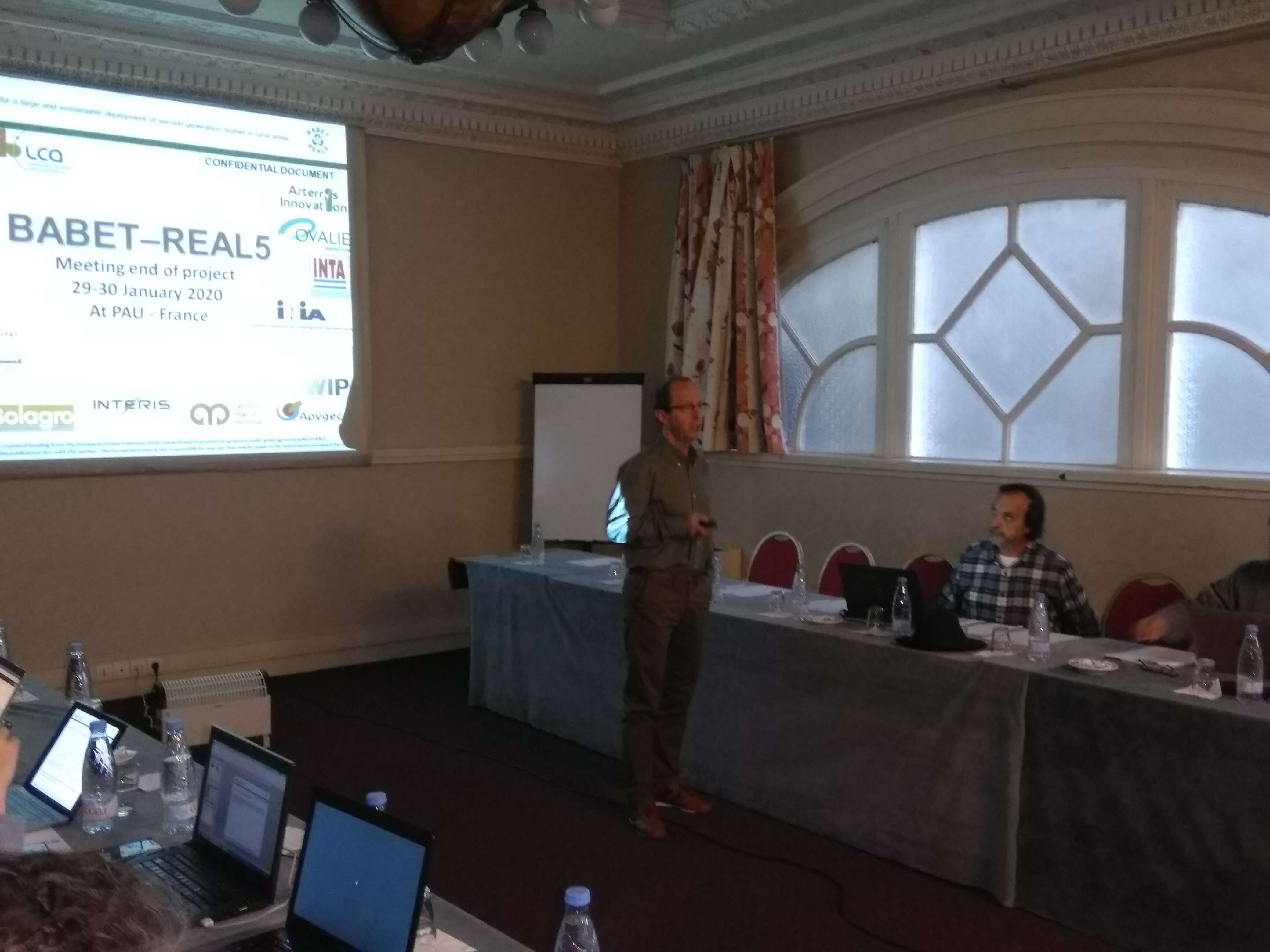 The beginning was made with the final results from work package 1, about yeast strain developments (by Cesar Fonseca, AAU), about the extrusion results for eucalyptus forest residues (by Pablo Domenech, CIEMAT), and about the results achieved with the Mexican biomass, Blue Agave Bagasse (blue agave is the plant from which Tequila is made, presented by Carmina Montiel, UNAM). Then, the performances of the different biomasses in the pilot plant in Tarbes were presented (by Virginie Vandenbossche, INPT and by Arnaud Fougerouse, INSA), and it was stated that the project aim to reach TRL5 was fulfilled.
After the results about pretreatment and processing of the biomasses, the results about the biomethane potentials (BMP) of the process’ by-products were presented by Sylvaine Berger-Ruiz from Solagro. It could be shown that the BMP of pretreated residues is considerably better than the one of non-treated residues, so that the successive use of the by-products in anaerobic digestion can be considered as very promising.
The next presentation block focused then on the business case studies, which were carried out by investigating real value parameters and by simulating the technological concept to a plant size with an annual capacity of 30,000 t equivalent dry matter. The cases were carried out for Mexico (presented by Julio Valles, INPT), Germany (Ingo Ball, WIP), Argentina (Jorge Hilbert, INTA) and Uruguay (Cecilia Rachid) and included all Life Cycle Assessments (LCA), which were carried out by APYGEC for the European case studies and by Centro Mario Molina for the Latin American cases. After intensive discussion, the first day was finished after the presentation for Uruguay.

The second day, 30 January 2020, started with administrative information, provided by project coordinator Julio Valles, regarding reporting and final work to be done to officially finish the project. After that, the business case presentations were resumed with the French case study (by Anne-Marie Busuttil, Ovalie). The project meeting was concluded with the presentation of an explanatory video about the pilot plant in Tarbes, France, where the technological concept of the BABET-REAL5 project was implemented.
In the afternoon of the second day, the project consortium met with the advisory board. After presenting the technological concept in detail, the business cases were presented and discussed. The external perspective of the USAB was very useful during the whole project duration and provided also in the last meeting valuable input. 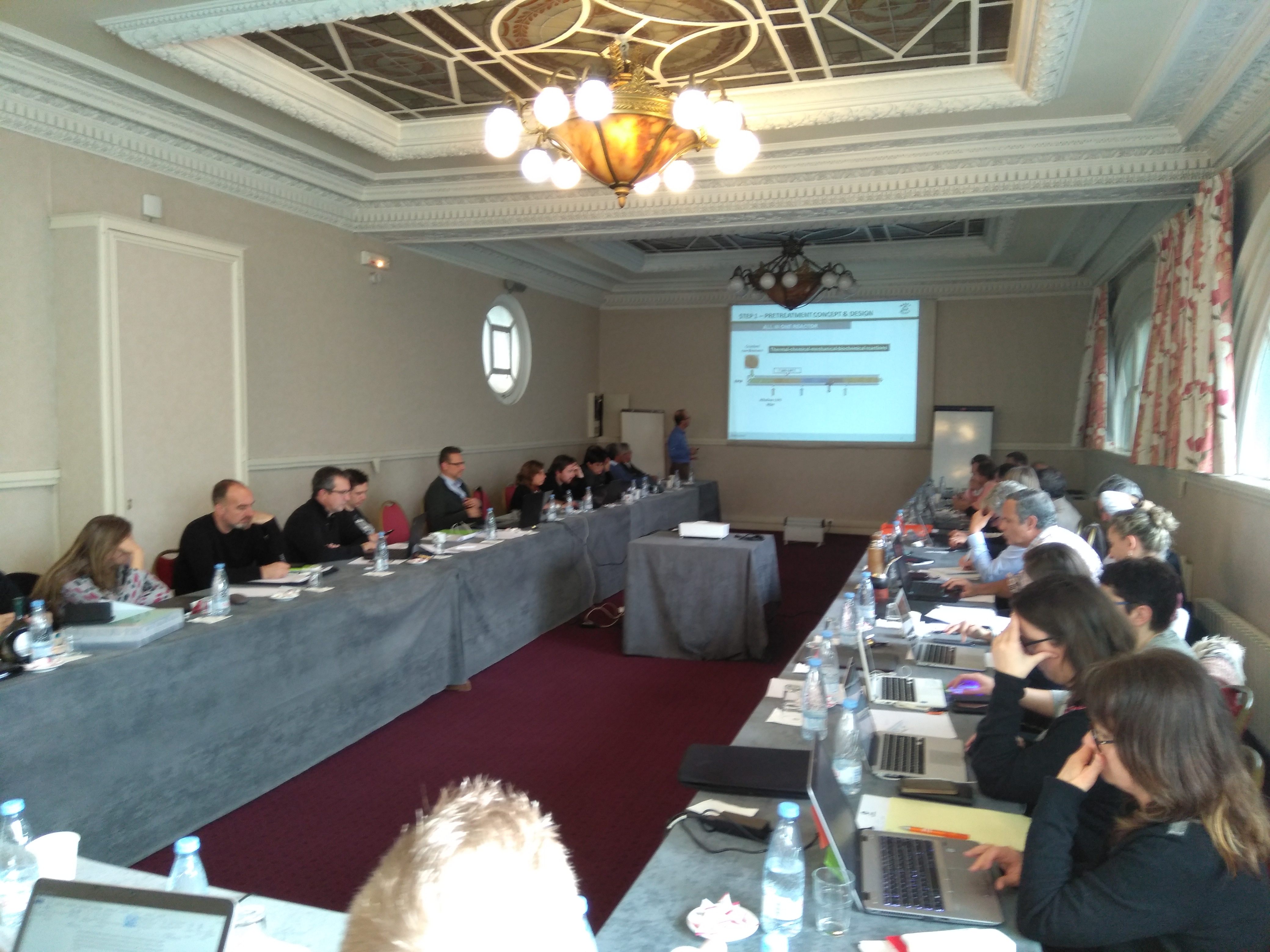 The USAB (advisory board) meeting in Pau

On 31 January 2020, the third day of the project meeting, the 4th BABET-REAL5 workshop was held during the morning in the Council Chamber of the urban community of Lacq-Ortez in Mourenx. 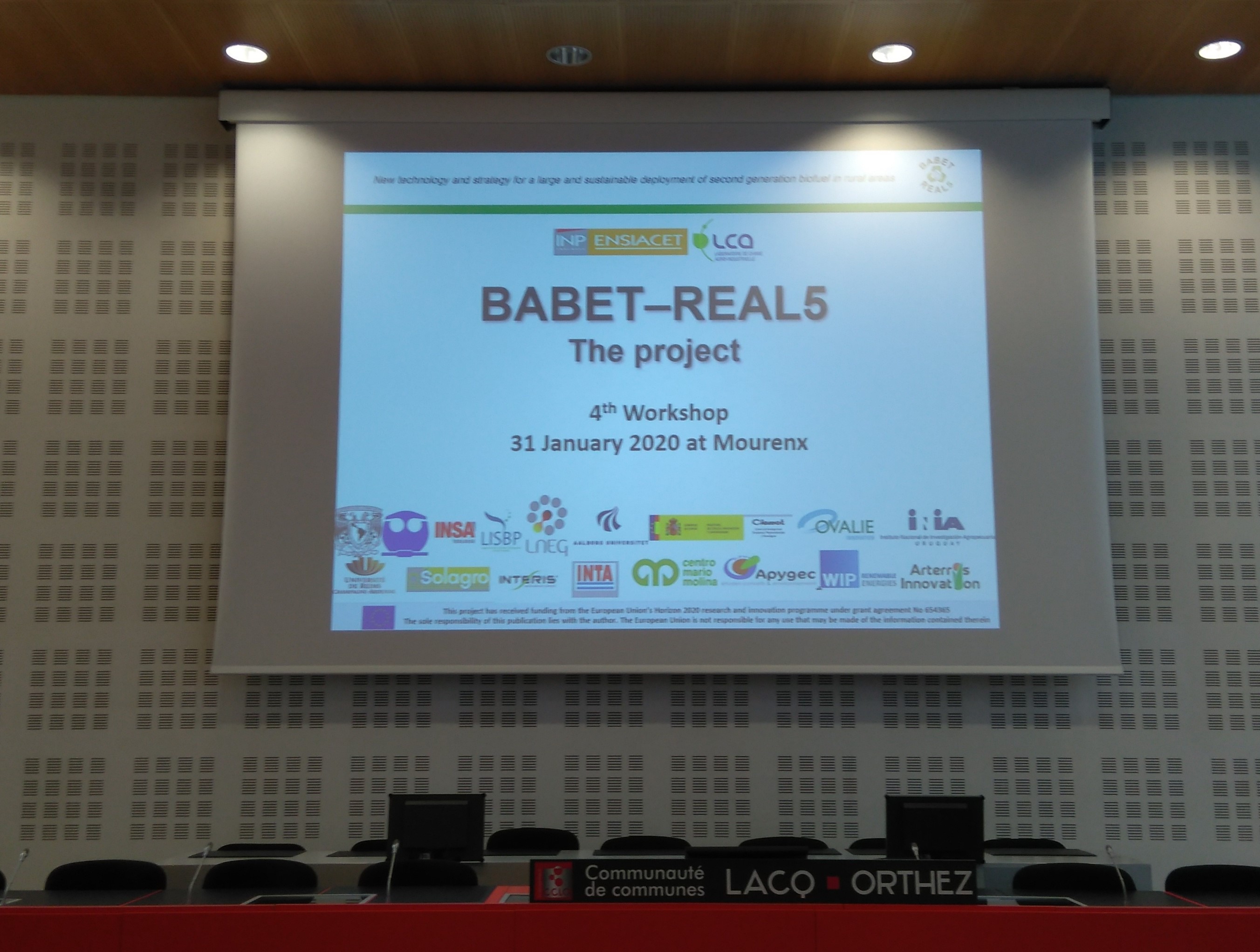 Shortly before the workshop in Mourenx

In this workshop, the technological approach and the adaptation of the technology to a French business case was shown to the participants. Then, the status quo of 2G bioethanol generation in Europe was presented and showed that a lot more needs to be done in Europe to meet the own-set objectives. After that, the perspectives of French ADEME on advanced biofuels were presented and also the perspectives and projects on biofuels of the company Total France. The workshop was concluded with a panel discussion on the future for advanced biofuels. 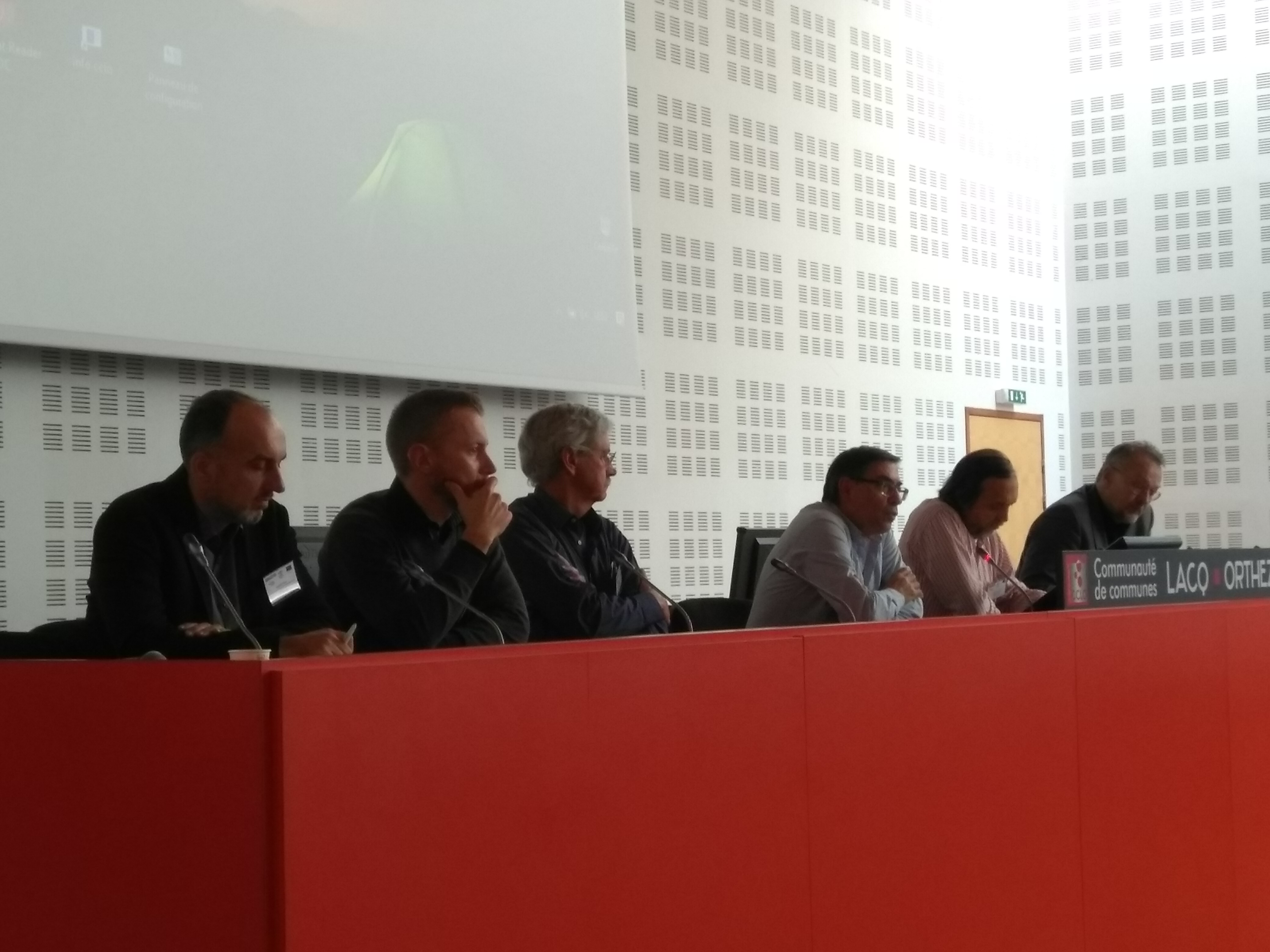