The BABET-REAL5 partners met this time from 23-25 September 2019 for the sixth progress review meeting in Buenos Aires, Argentina. After already two workshops (in Germany and Uruguay), in Buenos Aires also the 3rd BABET-REAL5 Workshop and a meeting with the Latin American USAB members were organized on 25 September. The meeting was excellently prepared by the Argentinean project partner INTA.
Before the meeting started on 23 September, Daniel Grasso, Eleonora Campos and Jorge Hilbert, who all work for INTA and are involved in different work packages of BABET-REAL5, welcomed the consortium and gave some information about the stay in Buenos Aires.
Then, BABET-REAL5 project coordinator Julio Valles resumed the meeting agenda and gave an overview about the work plan, an update about the project status quo and the last tasks to be completed before the project end.
Following, updates about the pretreatment and bioconversion processes were given by the partners involved in wp1. A major step that could be achieved was the commissioning of the connection conveyor for pilot scale experiments at INPT in Tarbes. With this, the one reactor concept can be further studied. Next, the results of wp2, the biogas potentials of the ethanol process‘ by-products were presented for each investigated feedstock.

Concentrated atmosphere during the project meeting

After that, Julio Valles introduced the business case model to the consortium, to be used for all case studies. Then, the present results for Germany, Argentina, France and Uruguay were presented by the project partners who are involved in the investigation of the business case studies in wp5. It seems that in all target countries realistic chances for the realisation of the BABET-REAL5 concept exist.
At the end of the first day, an update about the communication and dissemination activities was given to the consortium by Ingo Ball. Highlights were the second workshop in Uruguay in June 2019 and the special EU-publication about the intercontinental cooperation between the Mexican university UNAM and the French university INPT. Finally, administrative matters were presented by Julio Valles.

On the second day of the meeting, the wp presentations continued with the techno-economical evaluation (wp3 – wp5) for Argentina, Germany and Mexico. The evaluation is based on the input of the real parameter investigations in wp5 and will thus guarantee that realistic results are the output. After that, the LCA methodology was presented to the consortium and the first results for the German and the Argentinean case were shown and discussed.
The rest of the day was used for a detailed presentation of the business case tool that will be used for all case studies.
The second day ended with the elaboration of the roadmap for the time until the final meeting. This meeting will be organized by project partner INPT and will be held in January 2020 probably in the South West of France. 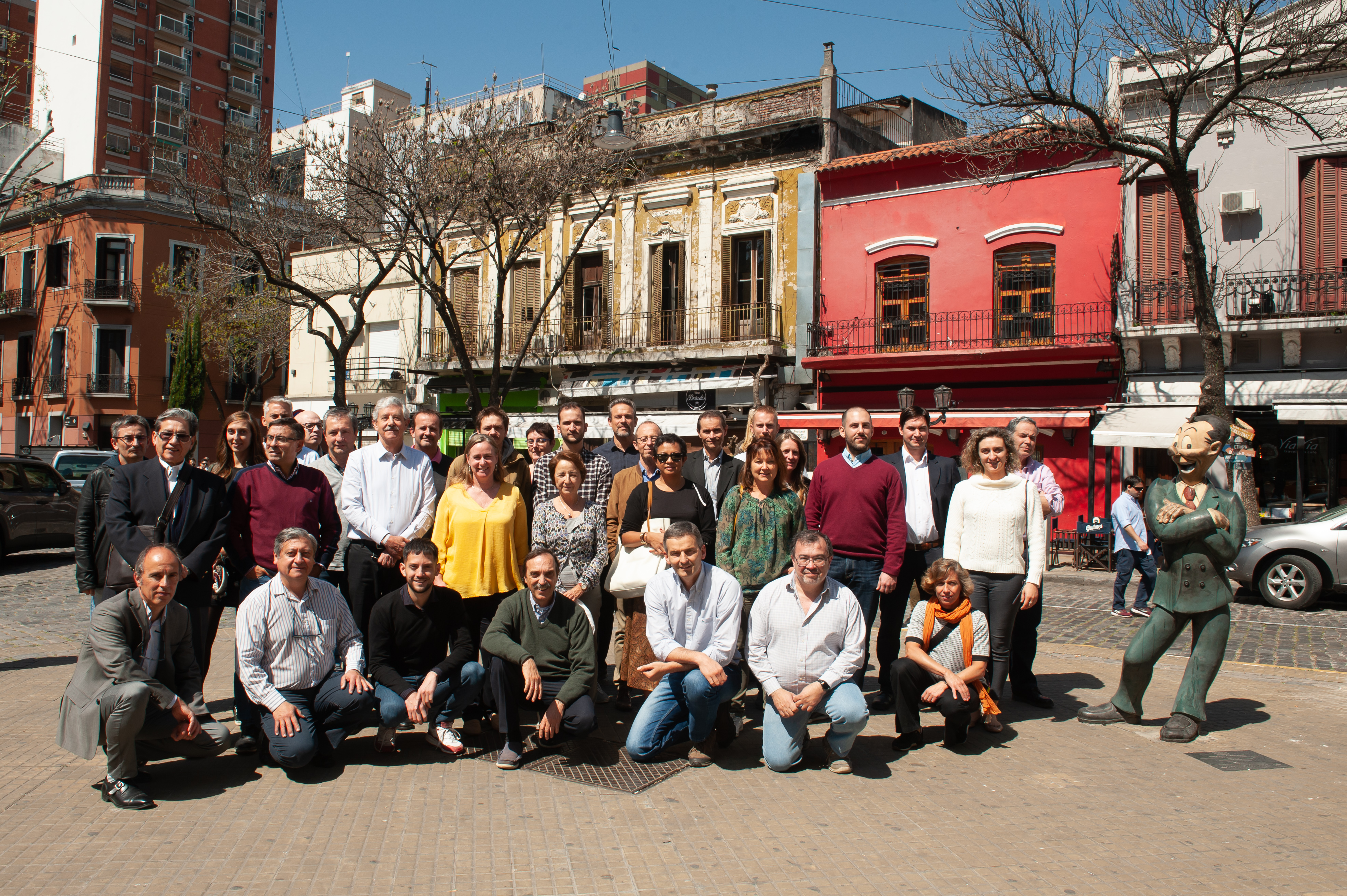 The BABET-REAL5 consortium in a meeting break, close to the headquarters of INTA in Buenos Aires, Argentina

On day three, after the 3rd BABET-REAL5 workshop, the BABET-REAL5 consortium had a meeting with the Latin American USAB composed of international experts in the different research fields of the BABET-REAL5 project. Julio Valles presented the latest project achievements and also the business case approach. The discussions about different details were interesting for all project partners and showed amongst others that the framework conditions for the case studies in Europe and Latin America differ widely (in terms of economical parameters, distances for transportation of goods and market opportunities for the products). 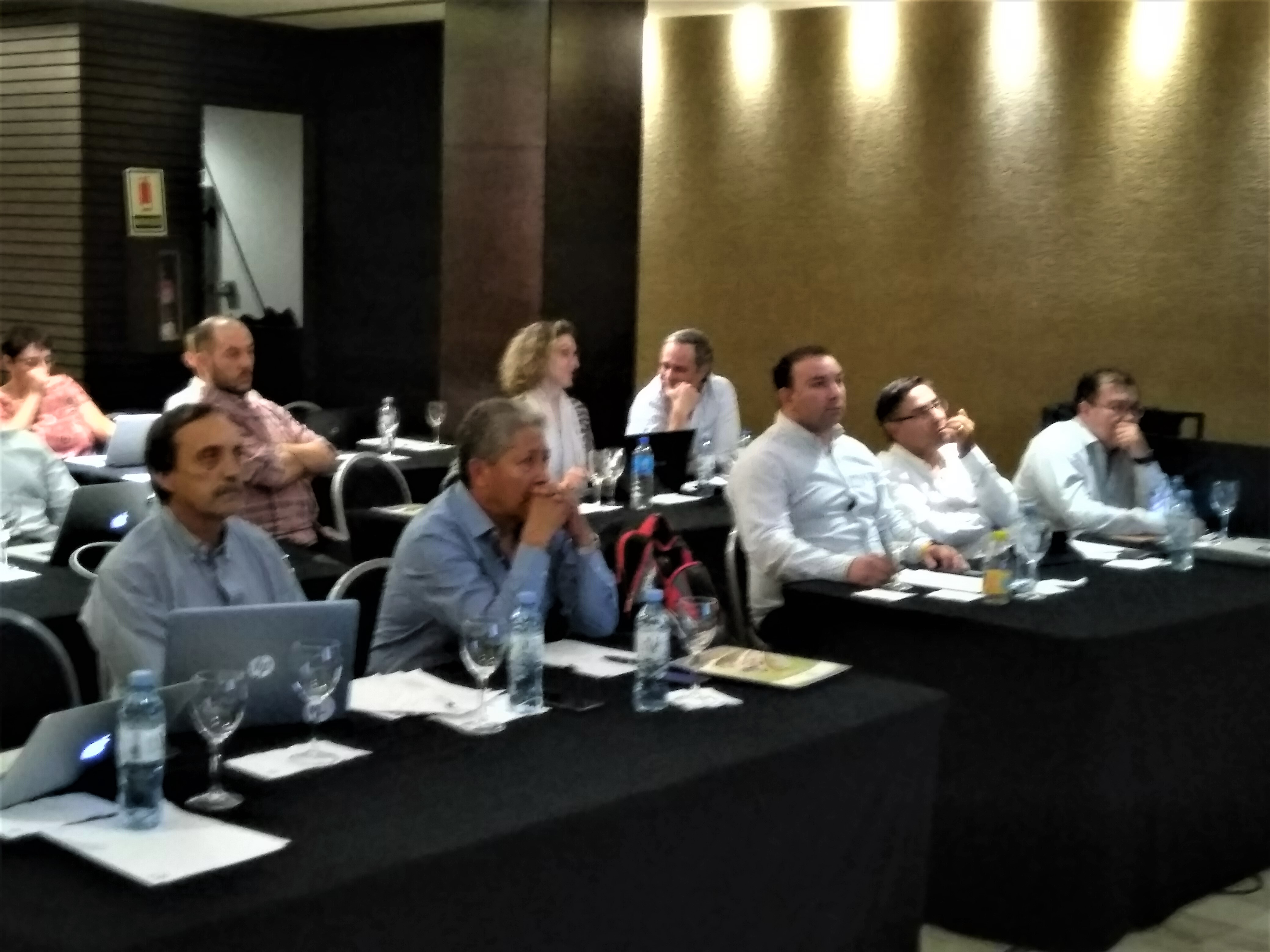 Meeting with the USAB members in Buenos Aires, Argentina