On 4 June 2019, Gérard Vilarem presented the BABET-REAL5 project at the 15th International Conference on Renewable Resources and Biorefineries (RRB-15) in Toulouse. 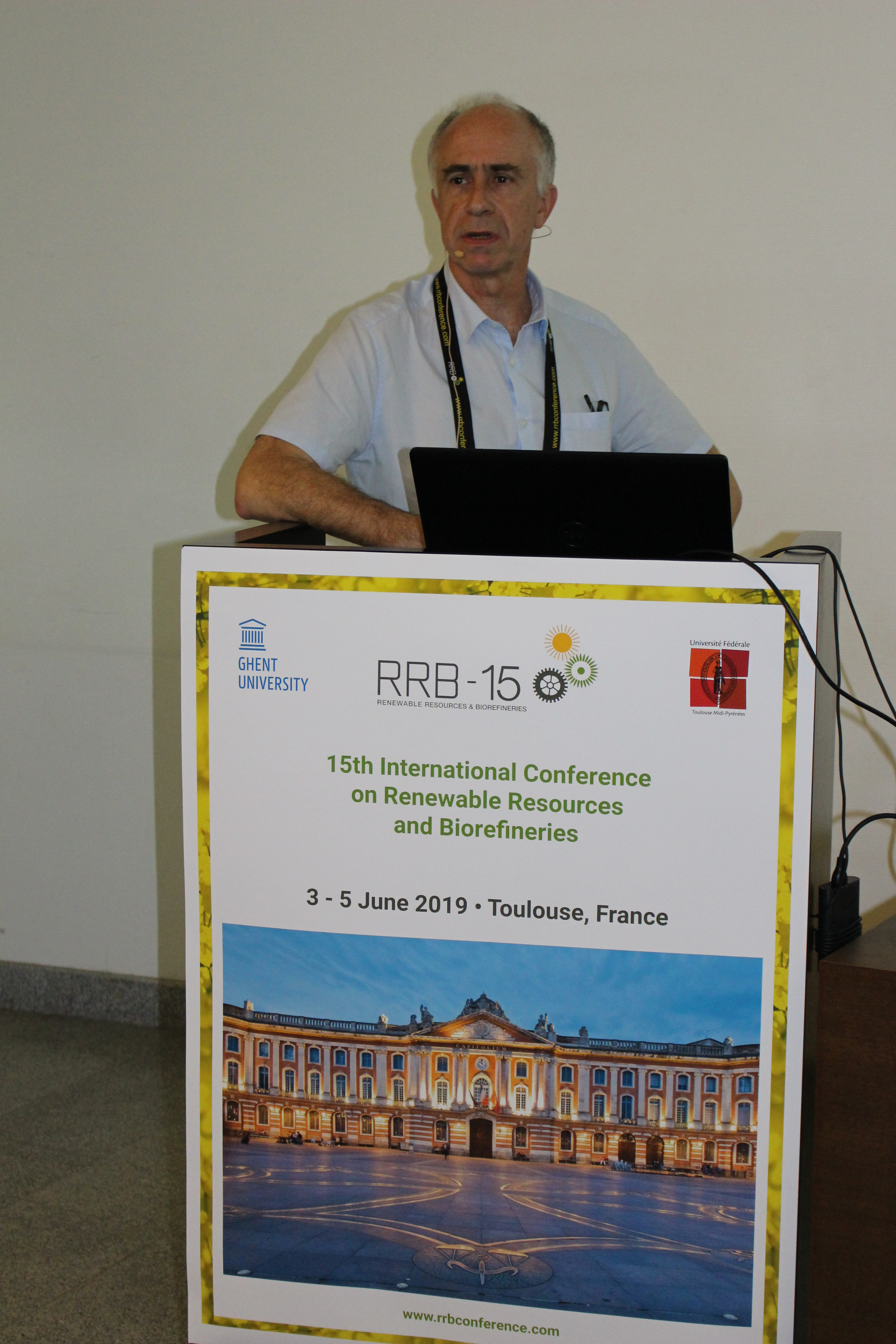 He started his talk with an overview about the institutions in which the idea of the BABET-REAL5 project was developed, at INP ENIT in Tarbes and at INP-ENSCIACET in Toulouse. He then showed the scientific research groups who are involved. He also gave some information about the predecessor project of BABET-REAL5, Babethanol, which was formed due to the excellent partnership between the Laboratory of Agro-industrial Chemistry in Toulouse and UNAM, the University of Mexico in Mexico City.
Then he informed about the general objectives of BABET-REAL5, which are to achieve favourable techno-economic and environmental performances for the production of 2G ethanol from lignocellulosic biomass in small-scale industrial plants, to identify lignocellulosic feedstock with sustainable and reliable supply conditions for the evaluation of business cases in Latin America and Europe. Furthermore, all necessary data for the evaluation of business cases will be provided in the project.
After mentioning the zero waste objective for the process, Gérard Vilarem gave more information about the pretreatment, which is the biomass destructuration and enzymatic impregnation / pre-hy drolysis in one reactor. In the same reactor, the next step is carried out, the Simultaneous Saccharification Co-Fermentation (SSCF), in which the bioethanol is produced. The resulting vinasse is then used to produce biogas which can be further processed to biomethane.
He continued his talk with an overview about the potential biomasses for different target regions, e.g. corn stover (France), barley straw (Spain), wheat straw (Germany), blue gave bagasse (Mexico), sugarcane crop residues (Argentina) and eucalyptus forest residues (Uruguay).
The sustainable results for Germany, France, Argentina and Uruguay were presented in geo information system (GIS) maps and it could be shown that in all presented countries the minimum amount of 30,000 t dm (dry matter) biomass could be exceeded.

After presenting some parameters of the techno-economic and environmental performances, Gérard Vilarem finished his presentation with an overview about the main challenges and obstacles that were identified in BABET-REAL5, which include price uncertainties (medium to long term) for products and feedstocks, and also the sustainability issues of the feedstock supply with regards to agronomical aspects (competitive uses, agronomic practices and willingness to supply feedstock) and also within the context of climate change (which has different effects in the investigated regions).