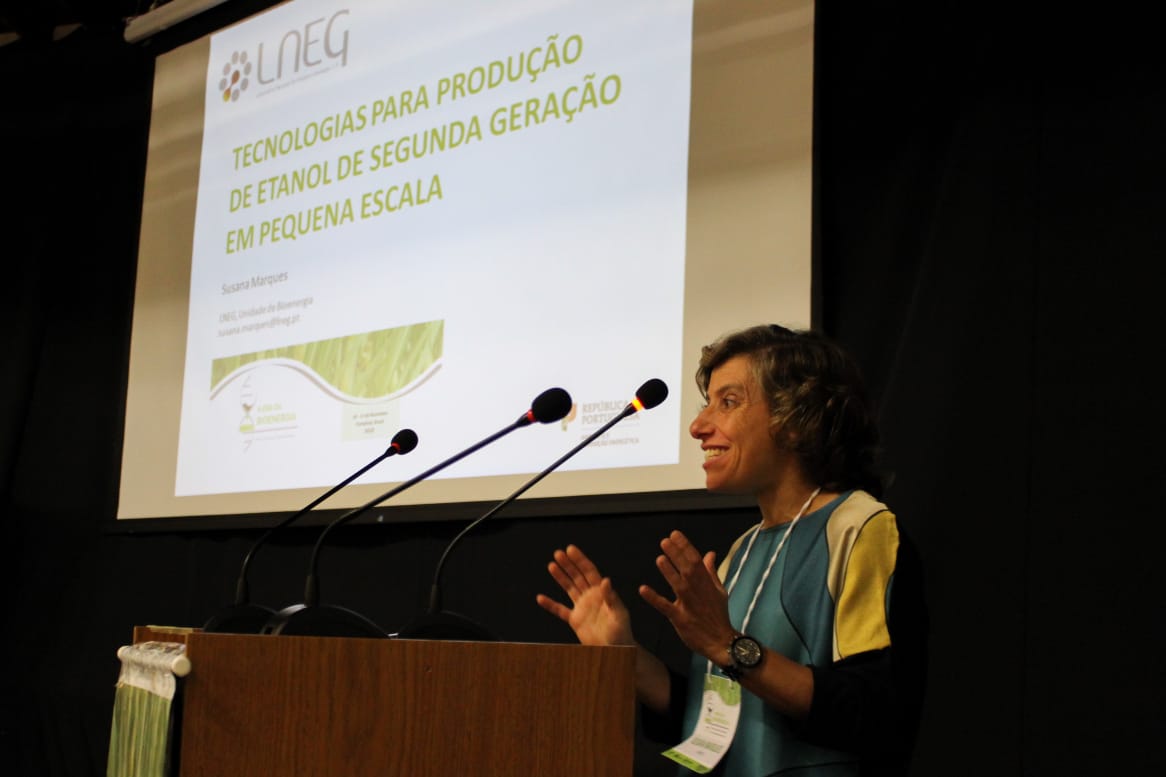 Dr. Marques presented the BABET-REAL5 concept, that is aiming to develop an alternative solution for the production of second generation ethanol based on smaller industrial scale than the already realised plants of first generation ethanol. These plants could be an alternative to the large-scale plants in Brazil and all of the negative consequences (i.e. high transport emissions to bring the feedstock to the plants, complicated contracting to guarantee the feedstock supply).
Dr. Marques also presented the role of project partner LNEG she is involved in. BABET-REAL5 aims at finding new and economic ways to improve the pretreatment of the lignocellulosic matrix to liberate monomeric sugars contained in cellulose and hemicelluloses. This is a complex operation which significantly increases capital and operational expenditures for 2G bioethanol plants. At LNEG, novel hemicellulases and C5/C6 yeasts were investigated and assessed to improve saccharification and cofermentation (bioextrusion, pre-hydrolysis, liquefaction and SSCF) of the feedstock for the BABET-REAL5 process.
The work carried out in Portugal supports the BABET-REAL5 target to reach technical, environmental and economical viabilities in production units processing at least 30,000 tons equivalent dry biomass per year. This approach will definitely enlarge the scope of biomass feedstock exploitable for the production of biofuel and create better conditions for the deployment of production sites, to the benefit of rural areas in Europe and worldwide.