On 4-6 April 2018, in Montevideo, Uruguay, the fourth progress review meeting of the BABET-REAL5 project was held, which included the regular project meeting and also a one-day meeting with the User & Stakeholder Advisory Board (USAB), in which challenges and results from the project were discussed with international experts. The meeting was very well organized by the great hosts Roberto Scoz and colleagues from INIA, Uruguay.

With the completion of work package 4, that investigated the sustainable availability of a residual feedstock for the future 2G bioethanol plant, this meeting can be seen as another milestone of the BABET-REAL5 project.

At the beginning of the meeting, on 4 April 2018, Roberto Scoz, Director of Investigation Programmes of Forestal Production at INIA Tacuarembó, welcomed the other project partners and gave an introduction about Uruguay, INIA and the planned activities during the meeting in Uruguay. After that, the project manager Julio Valles resumed the meeting agenda and gave an overview about the work plan and its objectives. He also gave an update about finished deliverables and reporting to the European Commission. 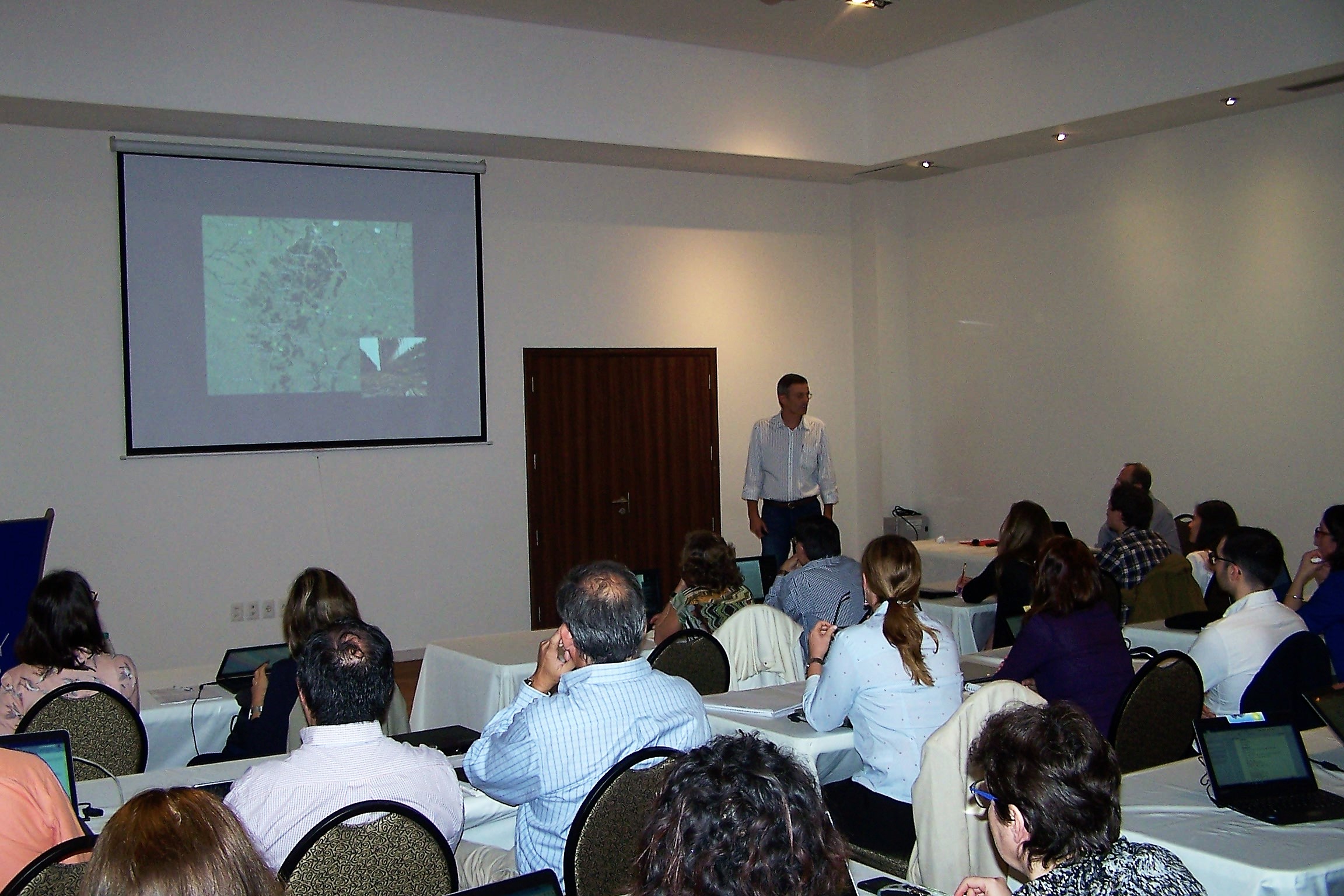 Then, the work package reports started with an update about WP6, the communication and dissemination activities. After the last meeting, first research results have been published by the project partners CIEMAT and INTA. The publications can be found on the project website.
Then, the WP4 case studies of the different countries were presented. For Argentina, sugarcane crop residues in several 50-km radius areas in the Córdoba region were identified as the most promising sustainable feedstock with amounts of 45,000 to 70.650 tdm/y. In South-Western France, 300,000 tdm/y of corn stover were identified as sustainable feedstock and in Southern France 96,300 tdm/y of sunflower stover were found. In Bavaria, 120,000 tdm/y of wheat straw were identified in a 50-km radius in Lower Bavaria. All these crop residue potentials are over the threshold of 30,000 tdm/y that is set for the potential 2G bioethanol plant. In Uruguay, another feedstock than in the other cases was investigated, woody biomass in form of Eucalyptus grandis. In North-East Uruguay, a sustainable potential of 49,000 to 57,000 tdm/y of Eucalyptus residues was identified, also in the 50-km radius.
After that, the WP1, 2 and 3 were presented. Updates about the pretreatment and bioconversion processes (best conditions and best enzymes and yeasts), the energetic use of the by-products and the evaluation of the techno-economic and environmental performances of the investigated processes were presented and discussed. It can be stated that until now, not all objectives could be achieved, yet that many of the self-set goals were reached and solutions for pending challenges were discussed and will be worked on in the next months.
After that, the planned methodology for WP5, the business case study of the concept (based on WP 1 to 4) was presented and discussed by all project partners.

The second day, 5 April 2018, started with an organizational discussion about the next meetings. It was decided that in April 2019, the next meeting shall be held in Germany, organized by WIP Renewable Energies.
Then all working groups discussed their roadmap for the next six months. It was decided, that because of the long break until the next physical meeting, a webinar will be organized on 25 September 2018 to discuss the different work package progresses regularly.

At the end of day 2, The agenda for the USAB meeting on the next day was shortly presented and discussed.

On 6 April 2018, day three, the BABET-REAL5 consortium had a meeting with the USAB, the User & Stakeholder Advisory Board, that consists of international experts in the different research fields which the BABET-REAL5 project is covering. Updates of all work packages were presented to the USAB and directly discussed, providing invaluable feedback for the project partners.

The USAB meeting was officially ended with a common dinner in the evening, in which the experts’ talks were continued in a casual atmosphere. 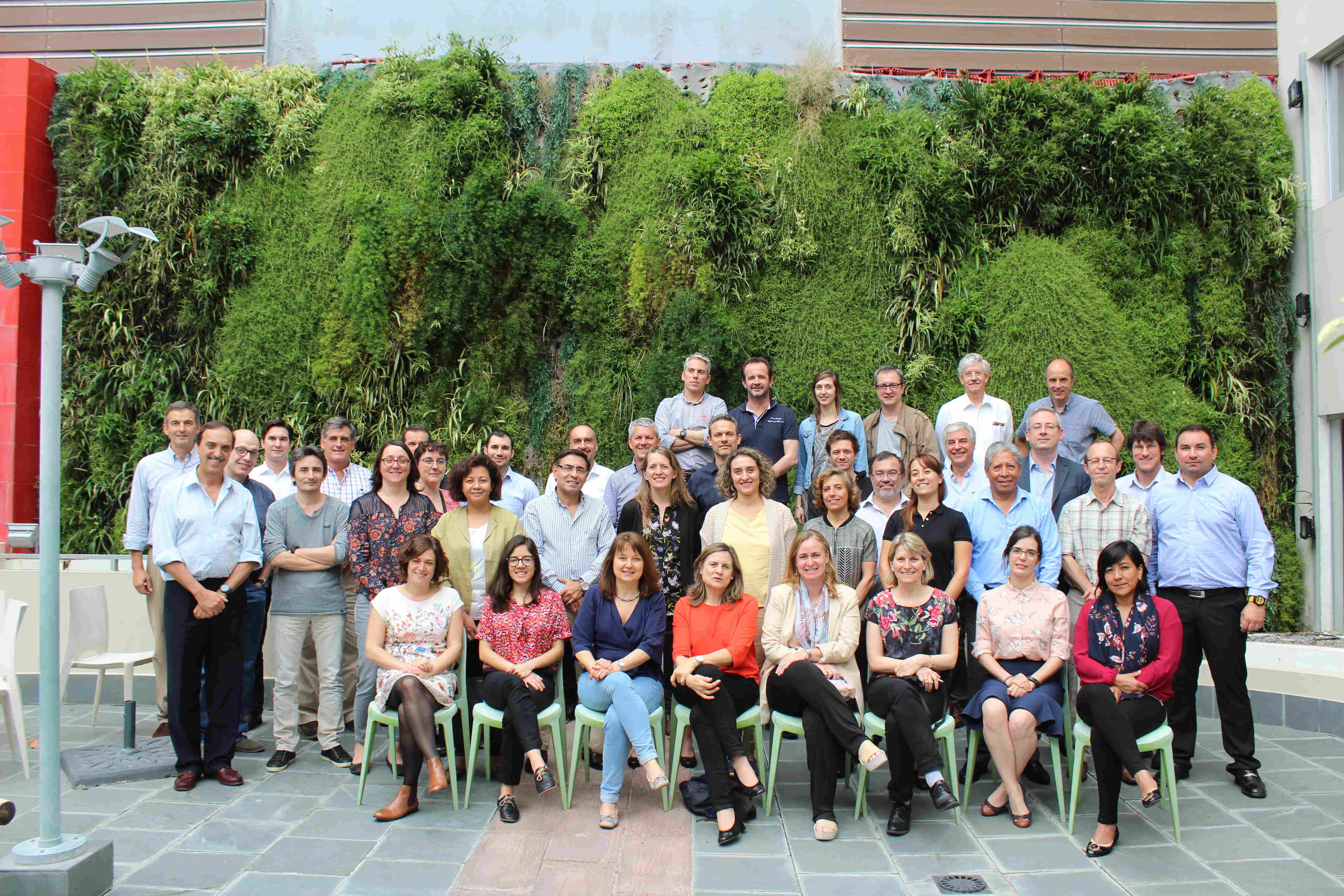 The BABET-REAL5 consortium together with the USAB members in Montevideo, Uruguay